The Man Who Hated Women: Sex, Censorship, and Civil Liberties in the Gilded Age (Hardcover) 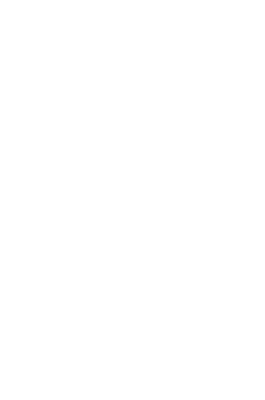 The Man Who Hated Women: Sex, Censorship, and Civil Liberties in the Gilded Age (Hardcover)

Smithsonian Magazine, 10 Best History Books of 2021 • "Fascinating . . . Purity is in the mind of the beholder, but beware the man who vows to protect yours.” —Margaret Talbot, The New Yorker

Anthony Comstock, special agent to the U.S. Post Office, was one of the most important men in the lives of nineteenth-century women. His eponymous law, passed in 1873, penalized the mailing of contraception and obscenity with long sentences and steep fines. The word Comstockery came to connote repression and prudery.

Between 1873 and Comstock’s death in 1915, eight remarkable women were charged with violating state and federal Comstock laws. These “sex radicals” supported contraception, sexual education, gender equality, and women’s right to pleasure. They took on the fearsome censor in explicit, personal writing, seeking to redefine work, family, marriage, and love for a bold new era. In The Man Who Hated Women, Amy Sohn tells the overlooked story of their valiant attempts to fight Comstock in court and in the press. They were publishers, writers, and doctors, and they included the first woman presidential candidate, Victoria C. Woodhull; the virgin sexologist Ida C. Craddock; and the anarchist Emma Goldman. In their willingness to oppose a monomaniac who viewed reproductive rights as a threat to the American family, the sex radicals paved the way for second-wave feminism. Risking imprisonment and death, they redefined birth control access as a civil liberty.

The Man Who Hated Women brings these women’s stories to vivid life, recounting their personal and romantic travails alongside their political battles. Without them, there would be no Pill, no Planned Parenthood, no Roe v. Wade. This is the forgotten history of the women who waged war to control their bodies.

Amy Sohn is the author of several novels, including Prospect Park West and Motherland. A former columnist at New York magazine, she has also written for Harper’s Bazaar, Elle, The Nation, and The New York Times. She has been a writing fellow at Headlands Center for the Arts, Art Omi, and the Studios at MASS MoCA. A native New Yorker, she lives in Brooklyn with her daughter.

"Fascinating . . . One anecdote that Sohn relates—she has a gift for summoning up such scenes—reminded me vividly of modern-day Internet trolls . . . Purity is in the mind of the beholder, but beware the man who vows to protect yours.” —Margaret Talbot, The New Yorker

"Colorful . . . A bestselling novelist, Ms. Sohn makes clear the depth of her research for her first non-fiction book . . . She is right to highlight the work these women did to define reproductive liberty as an American right, which paved the way for the birth-control pill and Roe v Wade. Comstock has faded into obscurity, but many of the ideas about love, sex and marriage that he resisted are still being debated today." —The Economist

"The novelist Amy Sohn tells Comstock’s story through the lives of eight women—dubbed 'sex radicals' by Sohn—whom Comstock singled out for persecution and prosecution. By any standard, this is a fascinating group of women. Sohn is a vivid writer with an eye for detail, and she is clearly inspired by her subjects’ fervent beliefs and dramatic lives." —Elizabeth Austin, Washington Monthly

“Sohn vividly details the pivotal roles of several overlooked activists in The Man Who Hated Women . . . Not only does The Man Who Hated Women add to the discussion; it demands it. The book compels women to ‘write, write more, and shout,’ as well as openly communicate questions about human sexuality.” —Eve Rotman, Jewish Journal

"Throughout this immensely readable history, Sohn fashions sympathetic narratives of these women’s lives and underscores their invaluable sacrifices for a vital cause. Many readers will be appalled to learn that literature about birth control was once considered obscene. Stellar research in women’s history, especially crucial due to recent threats to abortion rights across the country." —Kirkus (starred review)

"Engrossing . . . Blending colorful details of life at the turn of the 20th century with sharp insights into just how revolutionary these new ideas were, this fascinating history deserves a wide readership." —Publishers Weekly (starred review)

"Engrossing . . . Amy Sohn vividly brings to life the activists who opposed Comstock's efforts . . . Sohn places these mostly forgotten 'sex radicals' at the center of the history of the women's rights movement. That this battle continues in our own time makes The Man Who Hated Women all the more important and enlightening." —Catherine Hollis, Bookpage (starred review)

"Fascinating . . . An engaging, sensational history, made more so by Sohn’s effective writing. Both entertaining and informative, this volume will appeal to readers interested in feminism, freedom of speech and the press, and U.S. history in general." —Library Journal

"The Man Who Hated Women is a gripping, eye-opening history of feminist 'sex radicals' who envisioned better sex and access to birth control as tools for women's empowerment and equality. Their antagonist, Anthony Comstock, may remind readers of a modern-day monomaniacal misogynist. With the war over reproductive rights raging nearly a hundred and fifty years after the Comstock Law, Amy Sohn's vivid storytelling is all too relevant today." —Abbott Kahler, New York Times–bestselling author (as Karen Abbott) of The Ghosts of Eden Park

“In this vibrant, thrilling history, Amy Sohn has brought to life a group of radical women who daringly fought for birth control, sex education, and female suffrage—and while they were at it, forever changed Americans’ understanding of women’s bodies and their pleasure. Meticulously researched and beautifully written, Sohn’s accounts are by turns poignant, enraging, hilarious, and eye-opening. These courageous women were an inspiration for their age—and are for ours as well.” —Matthew Goodman, New York Times–bestselling author of Eighty Days: Nellie Bly and Elizabeth Bisland’s History-Making Race Around the World

"Enthralling. At the turn of the twentieth century, a group of law-defying, free-loving, pleasure-seeking radicals put it all on the line for sexual freedoms we now take for granted. Amy Sohn vividly captures their lives, and that of the violently priggish governmental agent who tried to shut it all down." —Daniel Immerwahr, author of How to Hide an Empire

"With her brilliant new book Amy Sohn recreates the sexual wars that raged through public life over a century ago, when a coterie of radical women confronted the enormous power of blue-nosed Anthony Comstock, the nation’s relentless defender of Victorian propriety. Read it for the compelling story it tells—and for the light it sheds on America’s enduring struggle between repression and liberation." —Kevin Boyle, author of Arc of Justice: A Saga of Race, Civil Rights and Murder in the Jazz Age

"The Man Who Hated Women tells the utterly engrossing story of Anthony Comstock—the man who made it illegal to send pornography, contraceptives, or even sex education materials through the mail—and the women reformers who fought back, often at great personal cost. Drawing on a rich bounty of archival and historical sources, Amy Sohn makes a passionate case for the centrality of sexual autonomy and birth control to women's liberation—and for the radical possibilities of female pleasure." —Ruth Franklin, author of Shirley Jackson: A Rather Haunted Life

"Amy Sohn has written a gripping story of the decades-long Gilded Age battle between vice hunter Anthony Comstock and the largely forgotten 'sex radicals' he spent a career suppressing. This rollicking group biography exposes the massive criminalization of sexual knowledge, sexual health, and women’s agency—still a favored tactic in present-day anti-abortion politics. We owe a great debt to the battles of these 'no-wave' feminist reformers against a Comstockian system that hated women even as it claimed to protect them and to Amy Sohn, too, for brilliantly giving our complicated and courageous sex-positive foremothers their due." —Emily Bingham, author of Irrepressible: The Jazz Age Life of Henrietta Bingham

"Amy Sohn’s The Man Who Hated Women is a powerful reminder of how one man can fuel a crusade that rolls back reproductive rights for a generation of women. Sohn introduces us to a wonderful cast of 'sex radicals'—women who used their voices at a time when sexual emancipation for women was unimaginable—who fought back and ushered in the sexual revolution that flowered in the twentieth century. A poignant reminder that today’s battles over reproductive justice aren’t new and of the power of women to create a better future for themselves and their sisters." —Patricia Miller, author of Bringing Down the Colonel

"Thank you, Amy Sohn! The Man Who Hated Women is a triumph—an enthralling, un-put-down-able narrative history that directly addresses our present-day. Anyone who cares about how we live now should read this book." —Kate Bolick, author of Spinster: Making a Life of One’s Own

"Amy Sohn delivers a crucial, underreported history of the revolutionaries who fought relentlessly for women's rights to control and enjoy their own bodies. This fascinating account of U.S. sex warriors—with all of their quirks and courage—is riveting reading and key to understanding ongoing reproductive battles. Every activist should study The Man Who Hated Women, and every woman should memorize it." —Elizabeth Mitchell, author of Lincoln's Lie: A True Civil War Caper Through Fake News, Wall Street and the White House and The Fearless Mrs. Goodwin

"In this powerful, entertaining, and supremely engaging history of one man's crusade against women's reproductive rights, Amy Sohn channels the rage, resilience, and determination that led a group of radical feminists to rise up against the machinations of a postal inspector. The narrative is vivid, propulsive, and revelatory—and sure to have you cheering from the benches." —Ivy Pochoda, author of These Women

"If Anthony Comstock were alive today, he'd burn this book and imprison the author, the publisher, the printer, and the reader. It's juicy and shocking, and tells the inspiring stories of the fierce brave women who fought against an odious religious zealot and smug moralist prig, who stopped at nothing to shame, hound, and imprison women. His legacy of repression haunts Americans to this day. Amy Sohn's The Man Who Hated Women is an essential and gripping history." —Kate Manning, author of My Notorious Life

"Are you grateful for body literacy and birth control? Are you glad for the right to choose whether and how to bear children, and the freedom to love whomever you like, however you like? Are you curious as to how radical politics can effect long-term cultural progress? If so, this stupendous history, skillfully researched and delightfully narrated by Amy Sohn, is sure to light up all your chakras." —Elisa Albert, author of After Birth

"Amy Sohn has always been an artist who found the pulse of things. And now she has outdone herself. This entertaining, powerful, lovely book throbs with the flare of brilliance and anger. The Man Who Hated Women is a vital service on behalf of the right and the true." —Darin Strauss, author of The Queen of Tuesday

"Amy Sohn has written an engaging story about the Gilded Age cultural wars, pitting the anti-vice zealot and U.S. postal inspector Anthony Comstock against a remarkable cast of audacious sex radicals. A well-researched, highly informative, and wonderful read." —Mari Jo Buhle, author of It Started in Wisconsin: Dispatches from the Front Lines of the New Labor Protest