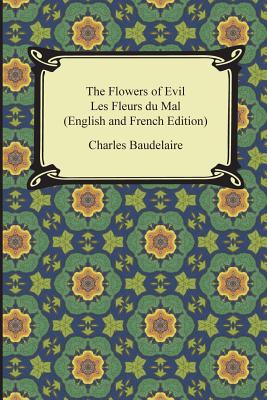 
Usually Ships in 1-5 Days
Upon its original publication in 1857 Charles Baudelaire's "Les Fleurs du Mal" or "The Flowers of Evil" was embroiled in controversy. Within a month of its publication the French authorities brought an action against the author and the book's publisher claiming that the work was an insult to public decency. Eventually the French courts would acknowledge the literary merit of Baudelaire's work but ordered that six poems in particular should be banned from subsequent publication. The notoriety caused by this scandal would ultimately work in the author's favor causing the initial publication to sell out, thus prompting the publication of another edition. The second edition was published in 1861, it included an additional thirty-five poems, with the exclusion of the six poems censored by the French government. Finally in 1868 a third edition was published posthumously. This collection added an additional fourteen poems selected by two of Baudelaire's friends yet again excluded the six censored poems. Literary scholars generally agree that, while well-meaning, the addition of these poems in the third edition disrupt the structure intended by Baudelaire and thus the 1861 edition should be considered as the definitive edition. In this volume we reproduce that 1861 edition along with the six censored poems in the original French and in an English translation by William Aggeler. Rich with symbolism, "The Flowers of Evil" is rightly considered a classic of the modernist literary movement. Its themes of decadence and eroticism seek to exhibit Baudelaire's criticism of the Parisian society of his time.