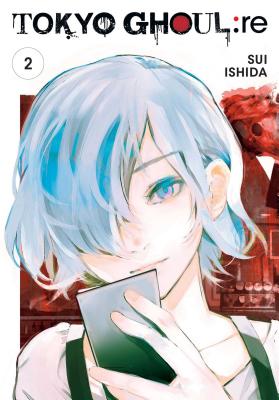 This is book number 2 in the Tokyo Ghoul: re series.

Haise Sasaki is in charge of turning the unruly members of the Qs Squad into an elite counter-Ghoul unit. But with everything to prove, will his team bite off more than it can chew when it starts investigating the mysterious organization Aogiri Tree? And can Haise be the mentor the Qs need when his forgotten past could come back to haunt him at any moment?
Sui Ishida was born in Fukuoka, Japan. He is the author of Tokyo Ghoul and several Tokyo Ghoul one-shots, including one that won him second place in the Weekly Young Jump 113th Grand Prix award in 2010. Tokyo Ghoul began serialization in Weekly Young Jump in 2011 and was adapted into an anime series in 2014.