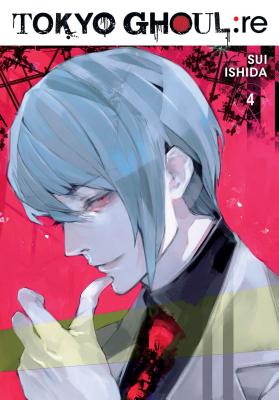 This is book number 4 in the Tokyo Ghoul: re series.

A month has passed since Operation Auction Sweep, and business at the CCG rolls on. An intersquad task force has been formed to investigate the Tsukiyama family, and the Quinxes are part of the team. This is a huge case for the Qs, and the worst possible time for their mentor to fall apart. But Haise’s frequent flashbacks have started making him question everything he believes in—even his own identity.
Sui Ishida was born in Fukuoka, Japan. He is the author of Tokyo Ghoul and several Tokyo Ghoul one-shots, including one that won him second place in the Weekly Young Jump 113th Grand Prix award in 2010. Tokyo Ghoul began serialization in Weekly Young Jump in 2011 and was adapted into an anime series in 2014.