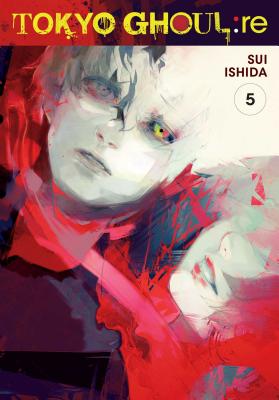 This is book number 5 in the Tokyo Ghoul: re series.

The Qs Squad once again proves its worth by going undercover to collect vital Ghoul information, allowing the CCG finally move forward with a massive eradication campaign. But this strike pushes the Qs to their limits, bringing all their weaknesses to the forefront. And Haise is the hardest hit when his hidden past rushes forth to impact his future!
Sui Ishida was born in Fukuoka, Japan. He is the author of Tokyo Ghoul and several Tokyo Ghoul one-shots, including one that won him second place in the Weekly Young Jump 113th Grand Prix award in 2010. Tokyo Ghoul began serialization in Weekly Young Jump in 2011 and was adapted into an anime series in 2014.