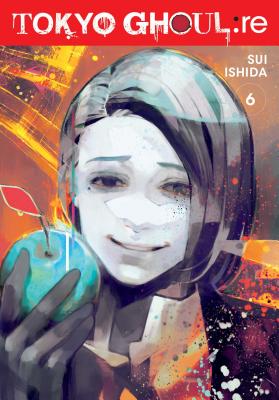 This is book number 6 in the Tokyo Ghoul: re series.

The CCG never thought that taking down the Rosewald family would be easy and, as expected, the casualties are piling up. Numbered among the wounded is Haise Sasaki, whose critical injuries leave him vulnerable when the past threatens to overwhelm him!
Sui Ishida was born in Fukuoka, Japan. He is the author of Tokyo Ghoul and several Tokyo Ghoul one-shots, including one that won him second place in the Weekly Young Jump 113th Grand Prix award in 2010. Tokyo Ghoul began serialization in Weekly Young Jump in 2011 and was adapted into an anime series in 2014.