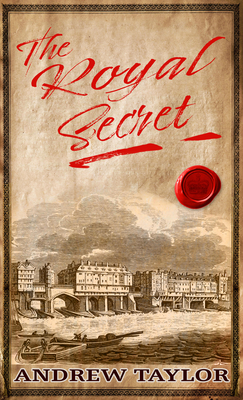 From the No.1 bestselling author of The Last Protector and The Ashes of London comes the next book in the phenomenally successful series following James Marwood and Cat Lovett during the time of King Charles II.

Meanwhile, architect Cat Hakesby is working for a merchant who lives on Slaughter Street, where the air smells of blood and a captive Barbary lion prowls the stables. Then a prestigious new commission arrives. Cat must design a Poultry House for the woman that the King loves most in all the world.

Unbeknownst to all, at the heart of this lies a royal secret so explosive that it could not only rip apart England but change the entire face of Europe...

Andrew Taylor is the author of a number of crime novels, including the ground-breaking Roth Trilogy, which was adapted into the acclaimed drama Fallen Angel, and the historical crime novels The Ashes of London, The Silent Boy, and The American Boy, a No.1 Sunday Times bestseller and a 2005 Richard & Judy Book Club Choice.He has won many awards, including the CWA Ellis Peters Historical Award (the only author to win it three times) and the CWA's prestigious Diamond Dagger.