Used to Be a Rough Place in Them Hills: Moonshine, the Dark Corner, and the New South (Paperback) 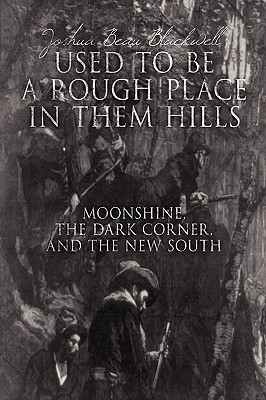 Used to Be a Rough Place in Them Hills: Moonshine, the Dark Corner, and the New South (Paperback)


Usually Ships in 1-5 Days
The area known as the "Dark Corner" near Greenville, South Carolina was once home to a distinct Appalachian culture. Isolated from their fellow South Carolinians, the Dark Corner was perceived as culturally and politically backwards throughout much of the nineteenth century. In particular, the area's reliance on illicit distillation as a cornerstone of its economy led to a protracted conflict with State and Federal law enforcement. Much of this conflict occurred during the post-Civil War modernization of the South Carolina Upstate. New South editors aggressively perpetuated the stereotype of the lawless and drunken distillers on the inhabitants of the Dark Corner. This stereotype, coupled with the Dark Corner's resistance to modernization, ostracized the local inhabitants and alienated the area from much of the economic boom of the Upstate. While the cultural mores, including the production of illicit alcohol, of the Dark Corner remained intact throughout much of the twentieth century, the area was eventually modernized by outsiders moving into upscale residential resorts dotted throughout the mountain landscape. While genealogists and popular writers have outlined some of the historical events surrounding the disputes between law enforcement and the residents of the Dark Corner, they have not placed these events in a proper cultural context. This work attempts to fill the gaps in the historiography of the Dark Corner. By picking up where many have left off, and introducing a new argument to the topic; this work demonstrates that the various conflicts over the illicit production of alcohol reflect deep cultural differences between this outpost of Appalachia and the rest of South Carolina.