Documents of the Salem Witch Trials (Eyewitness to History) (Hardcover) 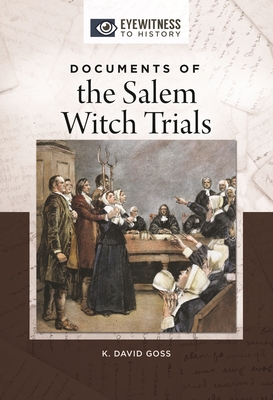 Documents of the Salem Witch Trials (Eyewitness to History) (Hardcover)

The Salem witch trials are one of the most fascinating events in American history. Despite being commonly covered in school curricula, the nature of the trials are often misunderstood. This book enables readers to get unique perspective and insight into the nature of this event through a representative selection of primary source materials, each of which is prefaced with explanatory editorial comments. The result is a work that clarifies the belief systems and religious and social culture of 17th century Massachusetts and places them into a comprehensible context to make sense of how the Salem witch trials came to happen.

The book provides an introductory overview of the Salem witch trials, which is followed by an array of primary sources that tell the Salem story in the words of both the accusers and the victims of that episode. Editorial commentary accompanies each of the documents, placing it into its historical framework and clearly explaining archaic terminology and testimony.

The primary sources used in this work are drawn from the vast archive of Salem witch trial sources, including court testimonies, court depositions, commentary from journals, miscellaneous court records such as arrest and death warrants, and writings by contemporary critics of the trials. This broad and balanced mix of documents gives students of the Salem witch trials a unique sense of the extent and impact of this event on the people of colonial Massachusetts as well as the complexity of the event.