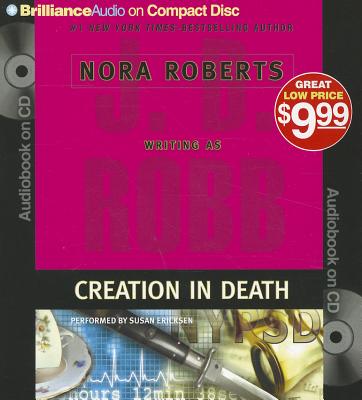 This is book number 25 in the In Death series.

Eve has seen this crime scene before: the artfully arranged body of a young brunette, arms spread, palms up, body marked by the signs of prolonged and painful torture. Carved into her torso is the time it took her to die - in hours, minutes, and seconds. And on the third finger of her left hand has been placed a silver ring. Eve is catapulted back to a case nine years earlier, when a man whom the media tagged "The Groom" put the city on edge with a killing spree that took the lives of four women in fifteen days. Eve and her partner Feeney, her friend and mentor, couldn't stop him before he disappeared, only to resurface in other parts of the world to kill and kill again. But now The Groom seems to have come back to where he started. When it turns out that The Groom's most recent victim was employed by Eve's billionaire husband, Roarke, she brings him onto the case. A move that proves fitting when it becomes chillingly clear that the killer has made it personal. The corpse was washed in products from a store Roarke owns and laid out on a sheet his company manufactures. With the Groom's monstrous return, Eve is determined to finish him once and for all. Familiar with his methods, she knows that he has already grabbed his next victim. But his sights are set on the biggest challenge of his illustrious career - an abduction that will test his skills and that promises to give him satisfaction as he's never known. Time is running out on another woman's life...and for Eve.