Craters of the Moon National Monument (Images of America) (Paperback) 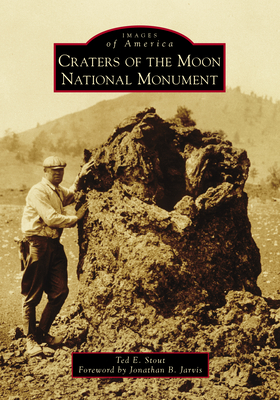 Craters of the Moon National Monument (Images of America) (Paperback)

By Ted E. Stout, Jonathan B. Jarvis (Foreword by)


Usually Ships in 1-5 Days
For thousands of years, people mostly avoided the lava fields of Idaho. Artifacts indicate that native people passed through, but they did not remain for long due to the lack of water. Later, the trails that the Shoshone-Bannock created around the northern edge of the lava provided a path for Oregon-bound migrants and ultimately highway motorists. Eventually, curiosity about this unknown region led others to seek it out. In the 1920s, Robert Limbert explored the area and shared his adventures with a wider audience through his photography and writing. In 1924, Pres. Calvin Coolidge established Craters of the Moon National Monument, ushering in a new era of National Park Service management. Three other presidents expanded the boundary, leading to a much larger monument and preserve. More than 100 years of Craters of the Moon's history are celebrated in this pictorial guide.