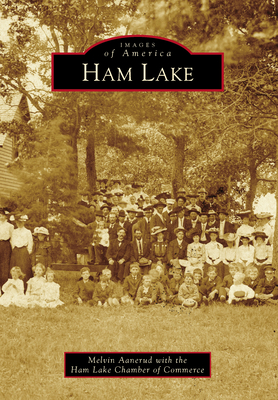 By Melvin Aanerud, The Ham Lake Chamber of Commerce (With)


Usually Ships in 1-5 Days
Ham Lake is a six-mile-by-six-mile township as prescribed in the Northwest Territories Act of 1787. One of the area's major lakes looks exactly like a slice of ham, with an island as the ham bone, thus the name. In 1856, a town named Glen Carey, Scottish for "Beautiful Valley," was formed southwest of the lake. Seven or eight homes were built, but a prairie fire burned them out. In 1866, Mads Gilbertson, a native of Norway, was the first permanent settler; other Scandinavians followed. Early settlers found the soil well suited for farming and developed churches, schools, and commercial centers. Farmers raised pigs, turkeys, cattle, and horses, along with corn, wheat, potatoes, and other vegetables and fruit. Ham Lake became the sod-producing capital of Minnesota. Eventually, the town subdivided those farms and grew housing developments--the most profitable crop yet.