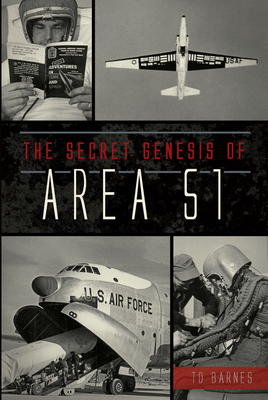 
Usually Ships in 1-5 Days
In 1955, the Central Intelligence Agency established a clandestine base of operations in the Nevada desert with a mission to protect the United States from a growing communist threat. Special projects at Area 51 were shrouded in mystery, and the first was one of the world's most famous spy planes, the U-2. It fueled half-truths, rumors and legends for more than half a century. Now with many details of that endeavor declassified, the real story can finally be told. Author and Area 51 veteran TD Barnes sifts fact from fiction in one of America's most protected origin stories.