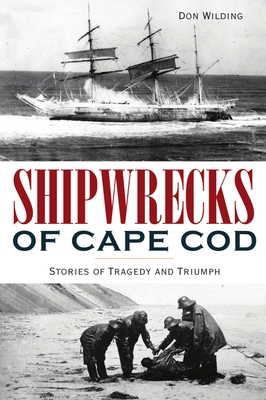 
Email or call for price
From the wreck of the Sparrow-Hawk in 1626 to the grounding of the Eldia in 1984, Cape Cod's outer beach--often referred to as the Graveyard of Ships--saw the demise of more than three thousand vessels along forty miles of shifting shoals. The October Gale of 1841 claimed the lives of fifty-seven sailors from Truro, a devastating toll for a small seaside community. Survivors from the 1896 wreck of the Monte Tabor in Provincetown were arrested for a suspected mutiny. Aboard the Castagna, which stranded off Wellfleet in 1914, several sailors froze to death in the masts, while the crew's cat survived. Local author Don Wilding revisits these and many other maritime disasters, along with the heroic, and sometimes tragic, rescue efforts of the U.S. Life-Saving Service and Coast Guard.