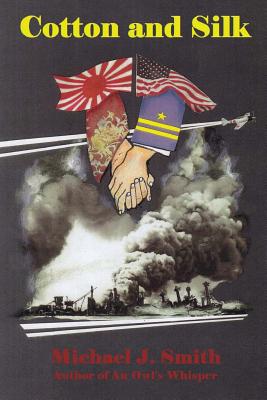 
Usually Ships in 1-5 Days
A hero can save a nation, but only love can save a hero. In the aftermath of Pearl Harbor, the US Navy is on the ropes in the Pacific. Facing a seemingly-unstoppable Japanese juggernaut, the Americans hatch a desperate plan to turn the tide of war. Cotton and Silk is the World War II story of an intrepid American naval officer and a mysterious Japanese woman willing to risk everything to steal the secret behind the Emperor's military might. Their perilous mission involves crossing the enemy-held Pacific, infiltrating the Japanese homeland, and escaping through exotic Mongolia and Siberia. And even if they have the cunning, courage, and luck to pull off the heist and save America from defeat, in the end they'll need something more to save themselves.
Michael J. Smith is the author of the novel, An Owl's Whisper. He grew up in Nebraska and now lives in Bainbridge Island, Washington. After military service and a career as a Ph.D. scientist in research and development, he began pursuing his interests in book-length fiction and how risk-taking enables personal and organizational success.