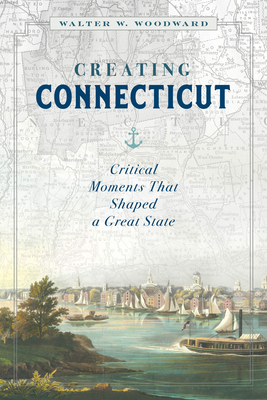 
Usually Ships in 1-5 Days
Connecticut State Historian Walter Woodward helps us understand how people and events in Connecticut's past played crucial roles in forming the culture and character of Connecticut today. Woodward, a gifted story-teller, brings the history we thought we knew to life in new ways, from the nearly forgotten early presence of the Dutch, to the time when Connecticut was New England's fiercest prosecutor of witches, the decades when Nutmeggers were rapidly leaving the state, and the years when Irish immigrants were hurrying into it. Whether it's his investigation into the unusually rough justice meted out to Revolutionary War hero Nathan Hale, or a peek into Mark Twain's smoking habits, Creating Connecticut will leave you thinking about our state's past--and its future--in a whole new way.
Walt Woodward is the State Historian of Connecticut and an Associate Professor of History at the University of Connecticut. He is the narrator and producer of Today in Connecticut History (with CT Humanities) and Grating the Nutmeg: The Podcast of Connecticut History (with Connecticut Explored magazine). He also writes the "From the State Historian" column in Connecticut Explored. A widely sought after public speaker and historian, he lives in Columbia, CT.