A History of the Baptists Volumes I and II (Paperback) 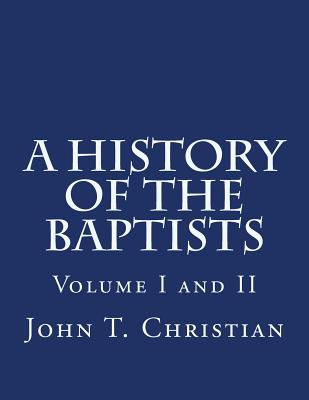 A History of the Baptists Volumes I and II (Paperback)


Usually Ships in 1-5 Days
In attempting to write a history of the Baptists no one is more aware of the embarrassments surrounding the subject than the author. These embarrassments arise from many sources. We are far removed from many of the circumstances under survey; the representations of the Baptists were often made by enemies who did not scruple, when such a course suited their purpose, to blacken character; and hence the testimony from such sources must be received with discrimination and much allowance made for many statements; in some instances vigilant and sustained attempts were made to destroy every document relating to these people; the material that remains is scattered through many libraries and archives, in many lands and not always readily accessible; often, on account of persecutions, the Baptists were far more interested in hiding than they were in giving an account of themselves or their whereabouts; they were scattered through many countries, in city and cave, as they could find a place of concealment; and frequently they were called by different names by their enemies, which is confusing. Yet it is a right royal history they have. It is well worth the telling and the preserving.