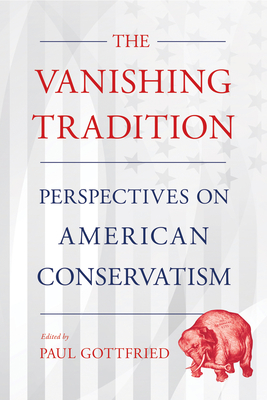 This anthology provides a timely critical overview of the American conservative movement. The contributors take on subjects that other commentators have either not noticed or have been fearful to discuss. In particular, this collection of searing essays hits hard at blatant cult of celebrity and intolerance of dissent that has come to characterize the conservative movement in this country.

As The Vanishing Tradition shows, the conservative movement has not often retrieved its wounded, instead dispatching them in order to please its friendly opposition and to prove its "moderateness." The movement has also been open to the influence of demanding sponsors who have pushed it in sometimes bizarre directions. Finally, the essayists here, highlight the movement's appeal to "permanent values" as a truly risible gesture, given how arduously its celebrities have worked to catch up with the Left on social issues. This no-holds-barred critical examination of American conservatism opens debates and seeks controversy.

Paul Gottfried is Raffensperger Professor of Humanities Emeritus at Elizabethtown College. He is the author of thirteen books, most recently Fascism.