The Case for Spirit Photography (Hardcover) 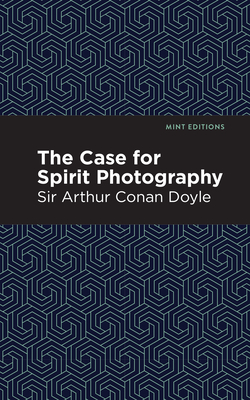 The Case for Spirit Photography (Hardcover)

"Every Writer owes something to Holmes." -T.S. Eliot

While the controversy of Psychic Photography was gripping the early 20th Century United Kingdom, Sir Arthur Conan Doyle set out to investigate the most notable cases. In The Case for Spirit Photography, he aimed to defend the validity of capturing images of spirits with a camera. The spectacle of spirit photography had become popular in the late 19th Century, but by the 1920's The Crewe Circle, an infamous English spiritualist group had become the center of a national controversy attacking spirit photography as a hoax.

Doyle, a leader of the Spiritualist movement, wrote this investigation in defense of the group, and conjointly looks at other cases of supernatural incidences. As we face current public figures dismissive of empirical scientific evidence, this is a fascinating look at the intrigue of conviction. As the writer of one of fictions most colorful and abiding detectives, Doyle's deductions in The Case for Spirit Photography are enthralling.

With an eye-catching new cover, and professionally typeset manuscript, this edition of The Case is both modern and readable.