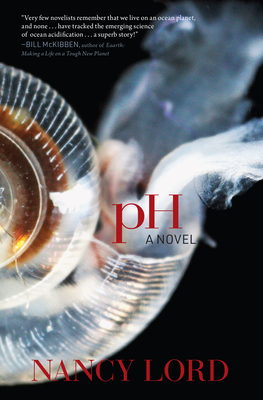 When marine biologist Ray Berringer and his student crew embark on an oceanographic cruise in the Gulf of Alaska, the waters are troubled in more ways than one. Ray's co-leader, a famed chemist, is abandoning ship just as the ocean's pH is becoming a major concern. Something at their university is corrosive, and it's going to take more than science to correct. Powerful bonds are forged among offbeat characters studying the effects of ocean acidification on pteropods, a tiny, keystone species, in this cutting-edge CliFi novel. (Includes author Q&A and reading group discussion questions.)

Nancy Lord writes from her home base in Homer, Alaska. Her work is informed by a deep connection to the landscape and culture of the place she calls home. As a commercial salmon fisherman for twenty-five years (now retired) and later as a naturalist and historian on adventure cruise ships, she takes a particular interest in coastal Alaska and the sustainability of its resources and communities. She served as the Alaska Writer Laureate from 2008-10 and is the author of nine books of nonfiction, short fiction, and memoir. pH is her first novel.