The Macron Régime: The Ideology of the New Right in France (Hardcover) 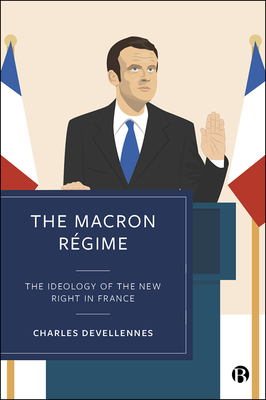 The Macron Régime: The Ideology of the New Right in France (Hardcover)


Coming Soon - Available for Pre-Order Now
When Emmanuel Macron was elected President of the French Republic, it ended the long-standing political alternation between the mainstream right- and left-wing parties. This book examines Macron's political career from his rise as a public figure to his time as a president. The book explores Macron's political ideology and examines the enactment of the key notions of security, merit and hope during his time in office. By offering a close study of his actions and ideological commitment, this book argues that, despite claims of being ideologically neutral, Macron actually represents a new form of right-wing politics in France.