How Evolution Explains Everything about Life (Paperback) 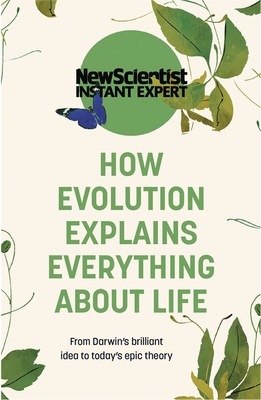 How Evolution Explains Everything about Life (Paperback)


Usually Ships in 1-5 Days
How did we get here? It's the journey of a lifetime.

All cultures have a creation story, but a little over 150 years ago Charles Darwin introduced a revolutionary new one. We, and all living things, exist because of the action of evolution on the first simple life form and its descendants.

We now know that it has taken 3.8 billions of years of work by the forces of evolution to turn what was once a lump of barren rock into the rich diversity of into plants, animals and microbes that surround us. In the process, evolution has created all manner of useful adaptions, from biological computers (brains) to a system to capture energy from the sun (photosynthesis).

But how does evolution actually work? In How Evolution Explains Everything, leading biologists and New Scientist take you on a journey of a lifetime, exploring the question of whether life is inevitable or a one-off fluke, and how it got kick-started. Does evolution have a purpose or direction? Are selfish genes really the driving force of evolution? And is evolution itself evolving?
Since the first magazine was published in 1956, New Scientist has established a worldbeating reputation for exploring and uncovering the latest developments and discoveries in science and technology, placing them in context and exploring what they mean for the future.

Each week through a variety of different channels, including print, online, social media and more, New Scientist reaches over four million highly engaged readers - over a million readers for the print magazine alone.