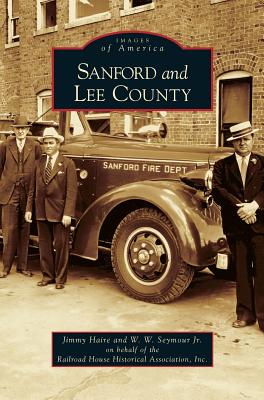 
Usually Ships in 1-5 Days
Located near the geographic center of North Carolina, the Lee County area has been defined by transportation for the past two centuries. From river navigation along the Deep and Cape Fear Rivers to early plank roads, crisscrossing railroad lines, and major U.S. highways, this area has seen countless travelers come and go by boat, car, horse, buggy, train, and motor vehicle. Along the way, a number of the travelers settled, and communities formed. Through the efforts of leaders from communities such as Jonesboro and Sanford, a new county was formed in 1907-1908. Lee County was the 98th county formed in North Carolina, and despite its relatively small land area, it has a rich and vital history.