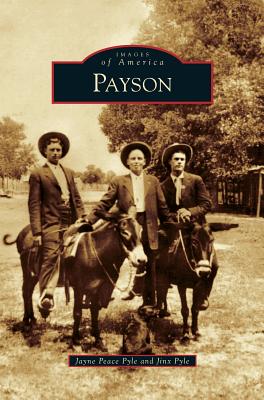 
Usually Ships in 1-5 Days
Beneath the escarpment of the Mogollon Rim in Gila County lies Payson, Arizona. Founded as Green Valley in 1882 by ranchers and miners, the town site of Payson was laid out by local blacksmith James C. Callaghan and local merchant and cattle rancher John C. Hise. Two years later, local rancher and Native American fighter Charlie Meadows founded the Payson Rodeo in a mid-town meadow, which ultimately became the world's oldest continuous rodeo. When the cattle and timber industries declined, Payson evolved into a retirement and tourist destination. People looking for places to hike, bike, fish, hunt, and camp are attracted to the Payson area, which is also popular for its festivals and historic sites. A replica of Zane Grey's cabin stands next to the local museum, and the Tonto Natural Bridge is just 11 miles outside of town.