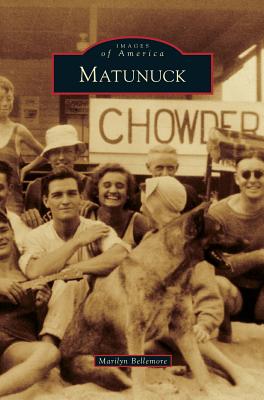 
Usually Ships in 1-5 Days
The village of Matunuck lies on the south coast of Rhode Island in the town of South Kingstown. It was first inhabited by Native Americans, followed by the early Pettaquamscutt settlers, but it was not until after the end of the Civil War that it became a destination for leisure and fun. This took the form of tent colonies on the beach and local farmers that rented out rooms and cottages to summer guests. Today, surfing, fishing, and sunbathing are popular activities at the beloved beaches, yet there is more that draws the thousands of tourists who visit each year. Theatre By The Sea has hosted world-renowned actors like Marlon Brando and Mae West, and beachfront establishments have long attracted a variety of musical acts. The village is also home to a national wildlife refuge, Trustom Pond, that is a safe haven to an array of species and is still preserved today.