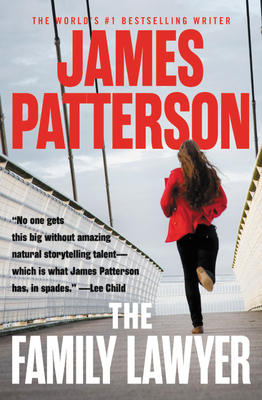 
Usually Ships in 1-5 Days
A collection of three thrilling James Patterson stories: a criminal defense attorney investigating a bullying accusation, the NYPD's most brilliant detective facing her darkest fears to prevent a string of crimes, and a woman investigating the murder of her brother-in-law.
The Family Lawyer with Robert Rotstein: Matthew Hovanes is living a parent's worst nightmare: his young daughter is accused of bullying another girl into suicide. But this loving father is also a skilled criminal defense attorney. And something here doesn't add up . . .
Night Sniper with Christopher Charles: Cheryl Mabern is the NYPD's most brilliant and troubled detective. Now she must confront her darkest fears to stop a calculating killer committing random murders.
The Good Sister with Rachel Howzell Hall: Her beloved sister's cheating husband has been found dead. Now, Dani Lawrence must decide if she will help the investigation that could put her sister away . . . or obstruct it by any means necessary.
James Patterson received the Literarian Award for Outstanding Service to the American Literary Community at the 2015 National Book Awards. Patterson holds the Guinness World Record for the most #1 New York Times bestsellers. His books have sold more than 325 million copies worldwide.

"Behind all the noise and the numbers, we
shouldn't forget that no one gets this big without amazing natural
storytelling talent--which is what James Patterson has, in spades."—Lee Child

"It's no mystery why James Patterson is the world's most popular
thriller writer: his uncanny skill in creating living, breathing
characters we truly feel for and seamless, lightning-fast plots. I do
this for a living, and he still manages to keep me guessing from the
first to last page. Simply put: Nobody does it better."—Jeffrey Deaver