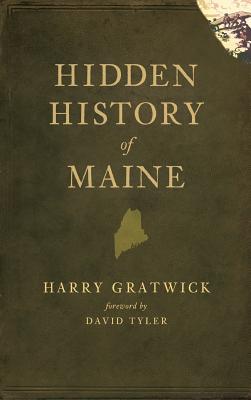 
Usually Ships in 1-5 Days
The history of the Pine Tree State would be bare but for the contributions of hardy and impassioned individuals--generals, governors, settlers and activists whose lives of leadership make up the story of Maine's "hidden history." Author Harry Gratwick creates intimate and detailed portraits of these Mainers, from the controversial missionary Sebastien Rale to Woolwich native William Phips, whose seafaring attacks against French Canada earned him the first governorship of the Massachusetts Bay Colony. Gratwick also profiles inventors who "challenged the assumptions of their] time and place," such as Robert Benjamin Lewis, an African American from Gardiner who patented a hair growth product in the 1830s, and Margaret Knight, a York native who defied nineteenth-century sexism to earn the nickname "the female Edison." Discover four hundred years of Maine's history through the tales of its unique residents, from soprano Lillian Nordica, who left Farmington to become the most glamorous American opera singer of her day, to slugger George "Piano Legs" Gore, the only Mainer to have ever won a Major League batting championship.