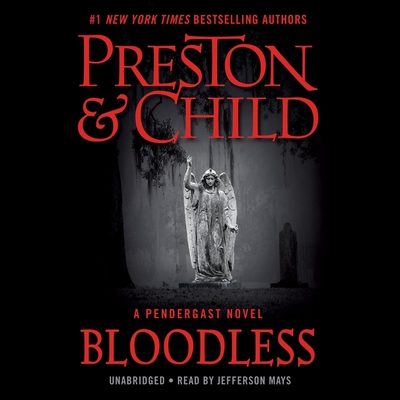 This is book number 20 in the Agent Pendergast Novels series.

In this latest installment of the number-one New York Times bestselling series, FBI Agent Pendergast faces the strangest, most challenging puzzle of his career, when bodies--drained to the last drop of blood--begin appearing in Savannah, Georgia.A fabulous heist. On the evening of November 24, 1971, D. B. Cooper hijacked an airplane, Flight 305 from Portland to Seattle, with a fake bomb, collected a ransom of $200,000, and then parachuted from the rear of the plane, disappearing into the night--and into history.A brutal crime steeped in legend and malevolence. Fifty years later, Agent Pendergast takes on a bizarre and gruesome case in the ghost-haunted city of Savannah, Georgia, where bodies are found with no blood left in their veins--sowing panic and reviving whispered tales of the infamous Savannah Vampire.A case like no other. As the mystery rises along with the body count, Pendergast and his partner, Agent Coldmoon, race to understand how--or if--these murders are connected to the only unsolved skyjacking in American history. Together, they uncover not just the answer but also an unearthly evil beyond all imagining.