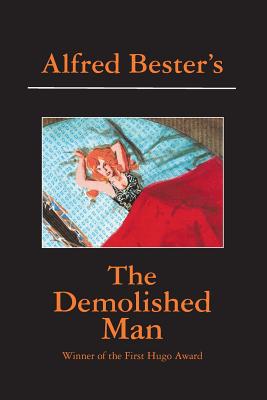 
Usually Ships in 1-5 Days
Winner of the First Hugo Award. #14 in the Millennium SF Masterworks series, a library of the finest science fiction ever written. "Bester's two superb books have stood the test of time. For nearly sixty years they've held their place on everybody's list of the ten greatest sf novels" -Robert Silverberg "One of the all-time classics of science fiction."-Isaac Asimov "Alfred Bester wrote with the pedal to the floor and the headlights on full beam. His work combined erudition with an unparalleled imaginative inventiveness. Bester was writing cyberpunk while William Gibson was still running around zapping the other kids at school with a toy raygun."-James Lovegrove In a world policed by telepaths, Ben Reich plans to commit a crime that hasn't been heard of in 70 years: murder. That's the only option left for Reich, whose company is losing a 10-year death struggle with rival D'Courtney Enterprises. Terrorized in his dreams by The Man With No Face and driven to the edge after D'Courtney refuses a merger offer, Reich murders his rival and bribes a high-ranking telepath to help him cover his tracks. But while police prefect Lincoln Powell knows Reich is guilty, his telepath's knowledge is a far cry from admissible evidence.