The City of God (Paperback) 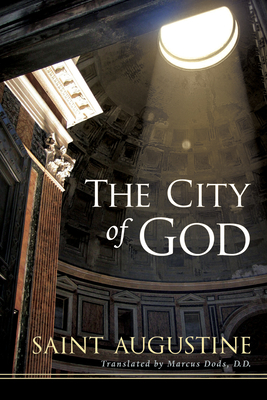 The City of God (Paperback)


Usually Ships in 1-5 Days
16 centuries ago, the greatest empire the world had ever seen, The Roman Empire, symbolically, with the sack of its capitol, the eternal city of Rome, died. It was the end of 1,000 years of civilization by the hands of barbarian hordes from Germania. Many Romans argued at the time that the Empire was crumbling because the ancient gods had been displaced by the now official-and dominant-Christian faith. The City of God is a rebuttal of this belief-but that is far from all that it is. in addition to being an apologetic work of Christian influence, is also one the most important theological constructions on theological anthropology (esp. human depravity, political instability) and the glory of God, of his kingdom, his City his righteousness. Moreover, the book is perhaps the most important and groundbreaking political philosophy the church has yet to produce. Second only to Augustine's Confessions in popularity, and spreading a wider theological net than Augustine's De Trinitate The City of God is the greatest and most comprehensive of Augustine's works. It is impossible to understand his thought, or its trajectory without this work. Now bound in a reader friendly design and size, and printed on straight white, and semi-gloss pages this edition is excellent for both a straight read of the text, or a critical study of it.
Aurelius Augustinus, Augustine of Hippo (November 13, 354-August 28, 430) is a saint and the pre-eminent Doctor of the Church according to Roman Catholicism; he was the eldest son of Saint Monica. In the Eastern Orthodox Church, which does not accept all of his teachings, he is usually called "Blessed Augustine." Many Protestants consider him to be a spiritual ancestor of Protestantism, in the sense that Protestantism's founder Martin Luther was deeply influenced by him (Luther was trained as an Augustinian monk).