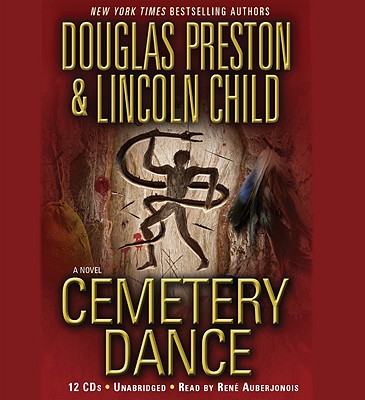 This is book number 9 in the Agent Pendergast Series series.

William Smithback, a New York Times reporter, and his wife Nora Kelly, a Museum of Natural History archaeologist, are brutally attacked in their apartment on Manhattan's Upper West Side. Eyewitnesses claim, and the security camera confirms, that the assailant was their strange, sinister neighbor--a man who, by all reports, was already dead and buried weeks earlier. While Captain Laura Hayward leads the official investigation, Pendergast and Lieutenant Vincent D'Agosta undertake their own private--and decidedly unorthodox--quest for the truth. Their serpentine journey takes them to an enclave of Manhattan they never imagined could exist: a secretive, reclusive cult of Obeah and vodou which no outsiders have ever survived.
The thrillers of Douglas Preston and Lincoln Child "stand head and shoulders above their rivals" (Publishers Weekly). Preston and Child's Relic and The Cabinet of Curiosities were chosen by readers in a National Public Radio poll as being among the one hundred greatest thrillers ever written, and Relic was made into a number-one box office hit movie. They are coauthors of the famed Pendergast series and their recent novels include Fever Dream, Cold Vengeance, Two Graves, and Gideon's Corpse. In addition to his novels, Preston writes about archaeology for the New Yorker and Smithsonian magazines. Lincoln Child is a former book editor who has published five novels of his own, including the huge bestseller Deep Storm.
Readers can sign up for The Pendergast File, a monthly "strangely entertaining note" from the authors, at their website, www.PrestonChild.com. The authors welcome visitors to their alarmingly active Facebook page, where they post regularly.