The Story of Marquis (Paperback) 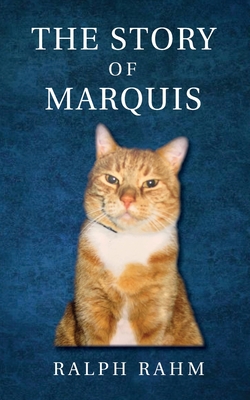 The Story of Marquis (Paperback)

You often hear stories of people seeking out and ﬁnding a beloved pet. Maybe through a shelter or a rescue group. In Ralph Rahm's moving memoir, The Story of Marquis, fate reverses itself and it is the pet who seeks out the owner. And he's a special pet, indeed. In graceful, lucid prose, Rahm tells a simple story about the bond between a man and his cat that touches on more complex themes: the profound connections between animals and people, and the magical underside of everyday life. It is a beautiful portrait of friendship and a meaningful look at life itself. A lovely, graceful, touching book. -Lauren MacIntyre, New Yorker contributor

Ralph Rahm is a retired New York State Senior Parole Oﬃcer residing in Slingerlands, N.Y. He holds Bachelors and Masters degrees from the Sage Colleges. He is a veteran of the U. S. Air Force, and is a chaplain in his local American Legion Post, as well as a lector in his church in Delmar, N.Y. He wishes all of his readers to realize the profound bond that can occur between humans and other creatures.