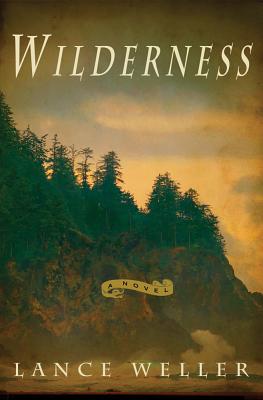 Out of Print - unavailable

Gig Harbor author Weller has crafted a vividly engrossing historical novel having roots in the Battle of the Wilderness and the odyssey of an aging Civil War veteran across the Olympic Peninsula, pursued by two of the baddest guys in my memory of recent fiction. The local setting makes this magnificent novel all the more compelling--I recognized one of my favorite hikes along the hero's Olympic trek--and a wonderfully faithful dog rounds out a diverse and memorable cast of characters.

Thirty years after the Civil War's Battle of the Wilderness left him maimed, Abel Truman has found his way to the edge of the continent, the rugged, majestic coast of Washington State, where he lives alone in a driftwood shack with his beloved dog. Wilderness is the story of Abel, now an old and ailing man, and his heroic final journey over the snowbound Olympic Mountains. It's a quest he has little hope of completing but still must undertake to settle matters of the heart that predate even the horrors of the war.

As Abel makes his way into the foothills, the violence he endures at the hands of two thugs after his dog is cross cut with his memories of the horrors of the war, the friends he lost, and the savagery he took part in and witnessed. And yet, darkness is cut by light, especially in the people who have touched his life-from Jane Dao-Ming Poole, the daughter of murdered Chinese immigrants, to Hypatia, an escaped slave who nursed him back to life, and finally the unbearable memory of the wife and child he lost as a young man. Haunted by tragedy, loss, and unspeakable brutality, Abel has somehow managed to hold on to his humanity, finding weigh stations of kindness along his tortured and ultimately redemptive path.

In its contrasts of light and dark, wild and tame, brutal and tender, and its attempts to reconcile a horrific war with the great evil it ended, Wilderness not only tells the moving tale of an unforgettable character, but a story about who we are as human beings, a people, and a nation. Lance Weller's immensely impressive debut immediately places him among our most talented writers.

Lance Weller has published short fiction in several literary journals. He won Glimmer Train's Short Story Award for New Writers and was nominated for a Pushcart Prize. A Washington native, he has hiked and camped extensively in the landscape he describes. He lives in Gig Harbor, WA, with his wife and several dogs.

“Here is a book in the great tradition of the novel: a vivid world that wraps and holds the reader who can well lose himself in its grandeur. The character is the beloved Abel Truman. The landscapes are huge. Abel's story is both simple and rich, the novel unforgettable.” —Annie Dillard

“Weller vividly paints epic events against the backdrop of beautiful but brutal landscapes. It's a story brimming with compassion…This tragic tale is the best Civil War novel since Cold Mountain. It's an important, compelling book.” —Library Journal, starred review

“There is much to savour in this big, bold debut, including Weller's splendid descriptions of wildlife encountered on the trek... This is a novel in which history's sound and fury is drowned out at last by the silence of the wilderness.” —Financial Times

“War and remembrance combine powerfully in this rugged debut novel of the horrors of combat and the fierceness of nature.” —Publishers Weekly

“Wilderness is a masterful novel of incident and redemption, hugely entertaining, full of pathos and humanity--frankly, it's hard to believe that it's a debut. Fans of Charles Frazier and Cormac McCarthy alike will thrill at Weller's luminous prose and clear-eyed moral vision.” —Jonathan Evison, bestselling author of West of Here and All About Lulu

“Wilderness pulls no punches. The novel's descriptions are so visceral, the main character's struggles so gut wrenching, that it demands an equally full-bodied response from its reader…The most powerfully moving moments are those in which dark themes are momentarily vanquished, and the narrative's thin stream of hope, redemption and humanity rises to the surface.” —High Country News

“Lance Weller's magnificent Wilderness is a brilliant, singular achievement. Now and again comes a novel that is so wholly its own that any comparison shrivels away. Lance Weller has given us this not only in the tale, which is deeply compelling and superbly page-turning, but, most importantly, in his book's thoughtful and illuminating exploration of who we are and how we got here. These people are heartrendingly beautiful, fragile and resilient but also ugly, hateful and hurtful. And Weller masterfully raises the stakes as he draws these webs of humanity with prose constructed with compelling art and ease.” —Jeffrey Lent, author of In the Fall

“Tender and resonant, Weller's debut is not an epic saga of war, but a skillful exploration of the interconnectedness of humanity and the endurance of compassion.” —Shelf Awareness

“Lance Weller's first novel, Wilderness, recounts the harsh world of the Civil War and its aftermath unflinchingly. At the same time, he redeems it with flashes of tenderness as bright and ephemeral as the shooting stars that fascinate his protagonist, Abel Truman…With its acknowledgment of both horror and beauty, Wilderness is an impressive debut.” —BookPage

“Riveting…Comparisons to [Cold Mountain] are inevitable, but this may be the better book.” —Jackson Free Press

“Lance Weller's Wilderness is a remarkable novel. It reads like a dream of history, and reads at a fever pitch. Its description of the carnage in the Battle of the Wilderness is so vivid and unrelenting that readers will never forget it. Yet at the novel's heart is a gentle and diffident man who touches us with his humanity and courage. This is a stunning first novel.” —John Vernon, author of Lucky Billy

“Rendered in powerful, richly detailed language that is at once grim and deeply moving, Wilderness interweaves the heartbreaking narratives of Civil War survivors--veterans, civilians, former slaves--whose lives are wrecked by unthinkable violence yet sustained by the tragic beauty still to be found in the world. Lance Weller writes with a quiet urgency that brings an immediacy to the past in the damaged bodies and haunted souls of his characters. A magnificent achievement!” —John Pipkin, author of Woodsburner

“This beautifully crafted tale of the transformational period between the nation's most horrific cataclysm and the end of the century is peopled with characters fully formed and vivid, noble and depraved, who will linger in the reader's mind long after the last page has been turned.” —Lynn Schooler, author of Walking Home and The Blue Bear

“Wilderness reawakens in us what we knew while discovering for the first time the work of the great writers--what it means to fall into the lives of characters riveting in their complexity, and to be so utterly transported into a tale and compelled through its pages. Set in the war-torn South and the wilds of the Pacific Northwest, this is the story of a country torn in two and of the hard healing afterward, of Abel Truman, a simple soldier, who journeys through the savagery of war and lawless men to a place of redemption. An exquisite telling, Lance Weller's language evokes the moments that otherwise render us mute. This book is a knockout.” —Claire Davis, author of Winter Range and Season of the Snake

“Any war, whether it is the American Civil War or the Vietnam War, inflicts wounds and many scars. Physical and mental scars. Truman carries both and finds they will not let him go. As in Karl Marlantes' Matterhorn the reader is living in the battle with the men screaming when the metal bullet peels by their ear, watching their buddies get blown up right in from of them, the smell of burning flesh, both human and horse, penetrating their nostrils until they can almost no longer breathe. Much credit is due to Lance Weller, this incredibly talented writer who can bring to life such a battle as The Wilderness. Weller has crafted a novel of stories within stories, all interwoven in prose so exquisite and descriptive that you will want to read Wilderness more than one time, and all in one sitting to capture this novel in its salvific beauty. Put aside your day, open up Wilderness and take a dive into this fabulous work of fiction.” —Annie Philbrook, Bank Square Books