North Providence: A History and the People Who Shaped It (Paperback) 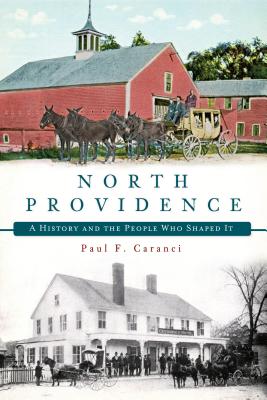 North Providence: A History and the People Who Shaped It (Paperback)


Usually Ships in 1-5 Days
In 1765, settlers to the west of Providence petitioned to form their own township. Their prayers were answered, and North Providence, Rhode Island, was born. While it sheltered religious dissenters, North Providence was also the sparking point of the Industrial Revolution--native sons and industrialists Samuel Slater and Zachariah Allen reinvented the cotton industry and altered the course of the nation. In this history of North Providence, author Paul F. Caranci celebrates the town's colorful characters and provides walking tours for the villages of Lymansville, Allendale, Centredale and Fruit Hill. Learn how North Providence native Stephen Olney became a Revolutionary War hero when he pulled an injured James Monroe from the battlefield and how Frank C. Angell became a spokesman for Centredale. Caranci reveals the unique history of North Providence and the people who shaped it.