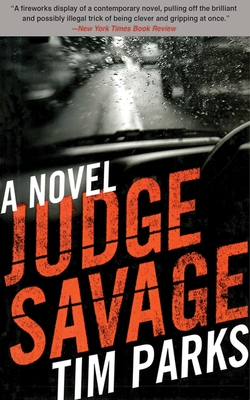 
Backordered
Already a highly successful lawyer, Daniel Savage has just been promoted to the position of Crown Court judge—though jealous colleagues whisper that his promotion might be due to the fact that he is black. He decides that it’s finally time to settle down, forswear philandering, and rededicate himself to his family. His teenage children require a father’s attention, and his career demands responsible behavior.

But this supposed pillar of society has been leading a double life for far too long. Just when he seems to have it all—success, money, a wonderful family—everything is about to fall apart. On the eve of a shocking murder trial, a young woman from his past—who holds an explosive secret that could threaten both his family and his career—begins making mysterious phone calls to his house. As lives and lies tangle inside his courtroom, Judge Savage finds his own existence spiraling downward into violence, blackmail, deception, and confusion that will keep readers guessing to the last page.
Tim Parks is the author of more than twenty novels and works of nonfiction. His novels include Europa, which was shortlisted for the Booker Prize. His most recent work of nonfiction is Italian Ways: On and Off the Rails from Milan to Palermo. His essays have appeared regularly in The New Yorker and The New York Review of Books, for which he blogs. He lives in Milan, Italy.