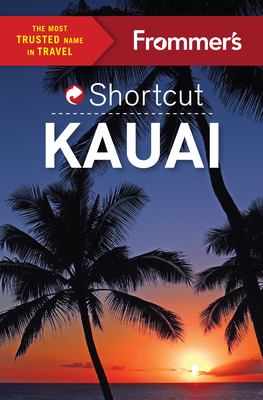 
Backordered
Regarded by many visitors as the most beautiful island of Hawaii, Kauai is currently receiving an awesome number of pleasure-seeking tourists, who delight in its fauna, flora and other wonders of nature. This ShortCut Guide to Kauai, confined to essential facts, covers both the sights and the practicalities, and squeezes in a surprising amount of recommendations for lodging, dining, sightseeing, sea sports, sea-bathing and relaxation. Authors of the book are natives of Hawaii, who have responded to the challenge of conveying advice that is easily and quickly consulted and yet colorfully described. It is a standout in the Frommer's travel series.

Jeanne Cooper is the former travel editor of the San Francisco Chronicle. She travels frequently throughout Hawaii, writes the Hawaii Insider blog and Aloha Friday column for SFGate.com. She has also written about the islands for Sunset, Caviar Affair and My Table magazines, as well as numerous Chronicle Travel sections, and has contributed to guidebooks on San Francisco, Boston and Washington, D.C. for Fodors, Travel & Leisure, and Time Out, among others. A native of Houston, Texas, she was inspired to study hula by her mother, who lived in Hawaii before statehood.Shannon Wianecki has been exploring Hawaii's hidden treasures since her "small kid" days. An award-winning writer and editor, she contributes to numerous magazines and books including Spirituality & Health, Modern Luxury Hawaii, and Hana Hou! and Top Maui Restaurants. She's currently working on a high school science curriculum based on native Hawaiian ecosystems. When she isn't busy writing about rare plants or fascinating local characters, she's out looking for them with her four-legged sidekick, Spike. She resides in Maui, HI.