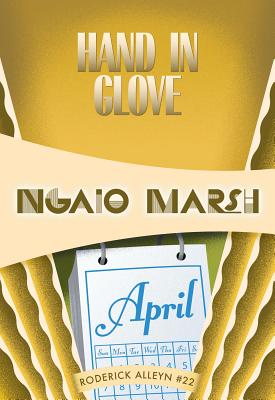 This is book number 22 in the Inspector Roderick Alleyn series.

No one could doubt that Mr. Percival Pyke Period was genuinely distraught to hear that his neighbor, Harry Cartell, had turned up dead in a ditch. But how is it that Mr. Percival Pyke came to write the letter of condolence before the body was found? And how did Mr. Cartell inspire such violence? Yes he was boring and stuffy, but who would kill a man for the crime of being a bad conversationalist?
Ngaio Marsh was one of the celebrated queens of the traditional British mystery, alongside Agatha Christie, Margery Allingham, and Dorothy Sayers. She is the author of 32 novels in the Inspector Alleyn series. She was born in New Zealand and lived both in New Zealand and England.