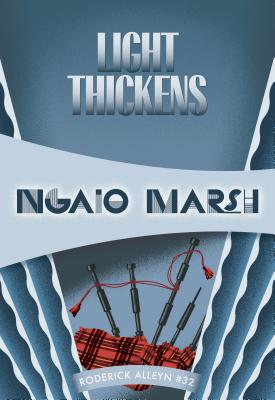 This is book number 32 in the Inspector Roderick Alleyn series.

Ngaio Marsh wisely set this last novel in her mystery series in the world of theater. It was in this setting that she produced some of her best work, and Light Thickens is among her best. This time, tragedy strikes during a production of Macbeth, reportedly a cursed play Marsh herself had staged many times in her career as a theater producer and director.
Dame Ngaio Marsh was one of the queens of the golden age of mystery and the author of 32 titles in the Inspector Roderick Alleyn series. She was born and grew up in New Zealand. Theater was perhaps her greatest passion in life, and she directed and produced a number of plays.