Crumbling Castles: The Lost Asylums at Worcester and Danvers (Paperback) 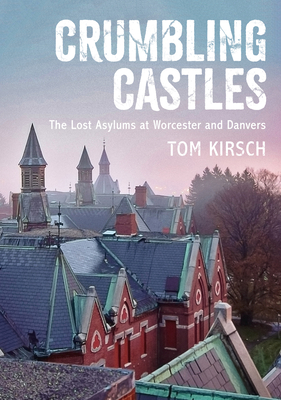 Crumbling Castles: The Lost Asylums at Worcester and Danvers (Paperback)


Email or call for price
The state of Massachusetts was home to many historic institutions; however, few compared to the size and elegance of the asylums built in Worcester and Danvers during the late-nineteenth century. Designed using the linear plan devised by Dr. Thomas Kirkbride, their curious forms were made to adhere to the principles of moral treatment. Here, the mentally ill were taken out of prisons and dungeons and placed into handsome buildings with bright, airy wards designed to dispel any reminders of their previous confines. The towering hospitals built in Worcester and Danvers were prime examples of the final evolution of the Kirkbride plan, where the layout of the building was stretched into monolithic proportions to house the burgeoning population of those seeking treatment. The theories of environmental determinism, regimentation and compassion did little to cure those deemed "insane" however, and these structures became increasingly obsolete and difficult to modify as their patient populations swelled into the 1950s. Eventually, they were shuttered by the state, left to decay as hollow specters of their former aspirations. Tom Kirsch takes us into these darkened spaces where few have ventured with his photography, while providing the important context of why they were built and chronicling their fall from grace.