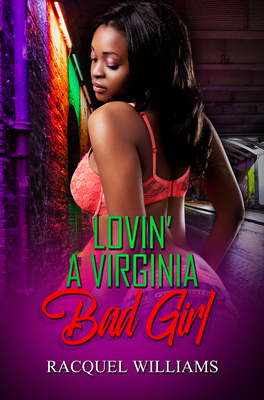 
Usually Ships in 1-5 Days
Have you ever experienced that good old hood love that makes your insides shiver? The three main characters in Raquel Williams’ raw Urban drama do. Follow along as Nyesha, Kymani, and Yohan get caught up in a messy, page-turning love triangle…

Nyesha has been through hell, both physically and mentally. After being abandoned by her first love, Yohan, she turns to the streets for comfort. She gets into the drug game as a way to provide for her children, oblivious that the streets are cruel and have no room for a trap girl. With no one to turn to, she falls for one of Richmond’s hottest dope boys. Then, Yohan pops back into the picture, determined to get back the love of his life. But first, he must prove his love.

Kymani isn’t your typical dope boy. He’s a smooth talker with a dark past and deadly intentions. Anyone who crosses him or the people he loves will definitely be dealt with. His weakness for a bad female will have him drawing for this young, sexy, money-getting chick. However, he has his problems with a love triangle, thugs trying to kill him, and the police trying to send him away for good.

Take a ride as this couple fights to keep their love alive. Will they allow all the drama brewing around them break up everything they’ve worked so hard to build, or will they fight to hold on to their love and their freedom?

Racquel Williams was born in Kingston, Jamaica, and came to the United States in 1992. Struggling to support her sons as a single mother, she chose the wrong path and ended up sentenced to 37 months in prison on drug charges. Upon her release, she moved to Atlanta, Georgia, where she lives with her two sons. She is pursuing a degree in psychology and has self-published several novels.