The Blue Butterfly: A Novel of Marion Davies (Paperback) 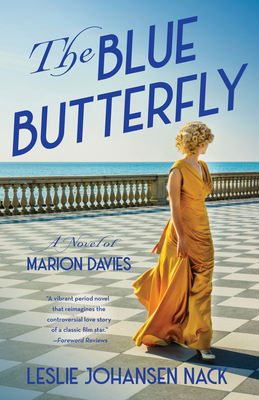 The Blue Butterfly: A Novel of Marion Davies (Paperback)


Usually Ships in 1-5 Days
New York 1915, Marion Davies is a shy eighteen-year-old beauty dancing on the Broadway stage when she meets William Randolph Hearst and finds herself captivated by his riches, passion and desire to make her a movie star. Following a whirlwind courtship, she learns through trial and error to live as Hearst's mistress when a divorce from his wife proves impossible. A baby girl is born in secret in 1919 and they agree to never acknowledge her publicly as their own. In a burgeoning Hollywood scene, she works hard making movies while living a lavish partying life that includes a secret love affair with Charlie Chaplin. In late 1937, at the height of the depression, Hearst wrestles with his debtors and failing health, when Marion loans him $1M when nobody else will. Together, they must confront the movie that threatens to invalidate all of Marion's successes in the movie industry: Citizen Kane.