Wild with All Regrets (Paperback) 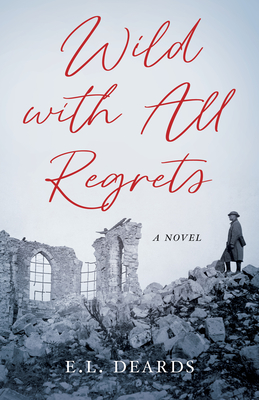 Wild with All Regrets (Paperback)


Coming Soon - Available for Pre-Order Now
A decade has passed since Lucas Connolly lost his best friend--and the only man he's ever loved--in World War I, but he still can't shake his guilt over Jamie's death. In fact, ever since losing Jamie, Lucas has heard his friend's voice inside his head--confused about what happened to him, begging him for help. And now, suddenly, it's not just Jamie's voice anymore; now, a specter who looks and acts exactly like Jamie did before his death, and who is demanding answers from Lucas about what happened to him, has begun to haunt him. Concerned about Lucas's deteriorating mental state, his friend Angela encourages him to move on with his life, and even sets him up with a coworker whom she suspects is also gay. But Lucas is too consumed with the secret he still keeps about the part he played in Jamie's death to even begin to form a healthy connection with someone new--and as Jamie's ghost begins to recover his memories and get closer to the truth, Lucas's obsession only deepens. Ultimately, Lucas realizes that his only path forward is to first go backward--that only in examining his troubled youth, facing his deepest self, and shining a light on the shadowed parts of his past will he finally be able to set his old friend, and himself, free.