The Irish in St. Louis (Hardcover) 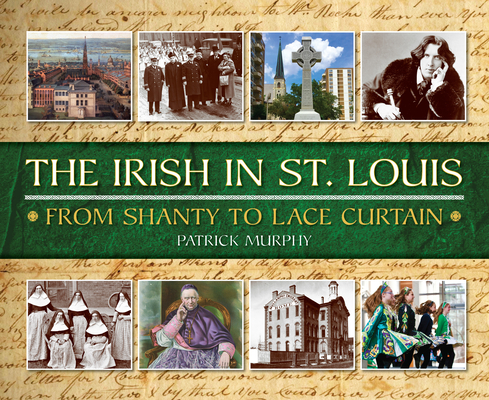 The Irish in St. Louis (Hardcover)


Usually Ships in 1-5 Days
It took a long time before St. Louis finally accepted its Irish population. When the first waves of Famine Irish arrived on the landing in the 1840s, the city was appalled by their poverty. As subsequent waves of Irish fled political oppression after the Civil War, anti-Catholic sentiment sparked bloody riots in which the Irish gave as good as they got. But after seven centuries of enslavement in their own country, nothing would stop them from creating a place in their adopted city. The story of their assimilation is as multifaceted as the Irish character itself. From Shanty to Lace Curtain introduces us to a range of St. Louis Irish, from priests like Timothy Dempsey and Charles Dismas Clark (the "Hoodlum Priest") to gangsters from the Bottoms Gang and Egan's Rats. We meet artists and revolutionaries, entrepreneurs, and entertainers. It takes us to the rough and tumble neighborhoods of 19th-century Kerry Patch and Dogtown, where immigrants and their children forged paths into the city's mainstream while preserving their Irish identity. We visit contemporary Irish St. Louis, where Irish dance and music thrive. At McGurk's Pub and the Pat Connolly Tavern we discover what makes an Irish pub truly Irish. We also learn the behind-the-scenes story of why St. Louis has two St. Patrick Day Parades. Local author and artist Patrick Murphy uses photos, interviews, and photos to compile this comprehensive collection dedicated to the Irish immigrants who helped make St. Louis what it is today.

Patrick Murphy has worked in radio and television for the past 40 years. After publishing his first book, Candy Men: The Story of Switzer’s Licorice, he adapted it into a special for St. Louis PBS. He’s also a working artist, exhibiting his woodcut prints in several St. Louis galleries. His name leaves little doubt as to his roots, and he thought it was time to write a book about the Irish in St. Louis.