The Lyncher in Me: A Search for Redemption in the Face of History (Paperback) 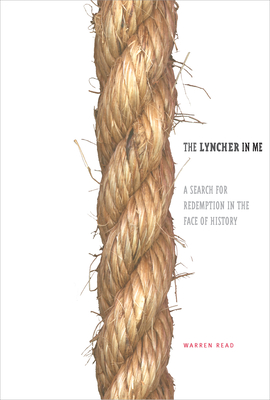 The Lyncher in Me: A Search for Redemption in the Face of History (Paperback)


Usually Ships in 1-5 Days
In June 1920, in Duluth, Minnesota, a mob of over 10,000 convened upon the police station, inflamed by the rumor that black circus workers had raped a white teenage girl--charges that would later be proven false. Three men were dragged from their cells and lynched in front of the cheering crowd.

More than eighty years later, Warren Read--a fourth-grade teacher, devoted partner, and father to three boys--plugged his mother's maiden name into a computer search engine, then clicked on a link to a newspaper article that would forever alter his understanding of himself. Louis Dondino, his beloved great-grandfather, had incited the deadly riot on that dark summer night decades before.

In his poignant memoir, Read explores the perspectives of both the victims and the perpetrators of this heinous crime. He investigates the impact--the denial and anger--that the long-held secrets had on his family. Through this examination of the generations affected by one horrific night, he discovers we must each take responsibility for "our deep-seated fears that lead us to emotional, social, or physical violence.