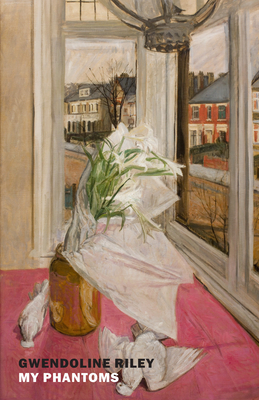 
Usually Ships in 1-5 Days
A hostile mother-daughter relationship stands at the center of this astonishing, blackly humorous novel by the acclaimed author of First Love.

Helen Grant is a mystery to her daughter. An extrovert with few friends who has sought intimacy in the wrong places, a twice-divorced mother of two now living alone surrounded by her memories, Helen (known to her acquaintances as “Hen”) has always haunted Bridget.

Now, Bridget is an academic in her forties. She sees Helen once a year, and considers the problem to be contained. As she looks back on their tumultuous relationship—the performances and small deceptions—she tries to reckon with the cruelties inflicted on both sides. But when Helen makes it clear that she wants more, it seems an old struggle will have to be replayed.

From the prize-winning author of First Love, My Phantoms is a bold, heart-stopping portrayal of a failed familial bond, which brings humor, subtlety, and new life to the difficult terrain of mothers and daughters.
Gwendoline Riley is an English writer. Born in London, she published her first novel, Cold Water, in 2002. Her novel First Love was shortlisted for the Women’s Prize for Literature, the Dylan Thomas Prize, the Gordon Burn Prize, and won the Geoffrey Faber Memorial Prize. She has also been awarded a Betty Trask Award, a Somerset Maugham Award, and has been shortlisted for the John Llewellyn Rhys Prize. In 2018, the Times Literary Supplement named her one of the twenty best British and Irish novelists working today.
"A sensation in her native England, Riley is relatively unknown in the United States. But stateside fans of Rachel Cusk and Sally Rooney’s flinty, straight-talking women narrators will find a kindred spirit in the narrator of Riley’s latest, who’s reckoning with difficult parents, one impossibly arrogant (dad) and the other crushingly indecisive (mum)." —LA Times


"Eloquent and compelling reading. . . . Riley’s brilliant ear for dialogue falls in an excellent British literary lineage that includes Henry Green and Barbara Pym. . . . Riley’s bitter precision, replete with dark humor, offers perhaps more reality than our saccharine culture wishes to contend with, and this may explain why her work is not yet better known in the United States. . . . We are fortunate when so gifted a writer illuminates, with such nuance, what life is like." —Claire Messud, Harpers

"Very clever, very devastating novels that capture the excruciating separateness that can define our most intimate relationships. They are full of awkward, perfunctory dinners with family members, pointless rehashed arguments with lovers, and stunted catch-ups with old friends long outgrown. Improbably, they are also laugh-out-loud funny. . . . Her books stand apart." —Rachel Connolly, Vulture

"Riley’s mordant fiction has won many admirers, and they will not be disappointed by this new novel. Her distinctive first-person voice, uncompromising and clear, is once more telling a story of baffled disaffection. . . The exercise of exact observation, and an extraordinarily accurate ear for the rhythms of dialogue, seize the reader’s attention. Riley misses nothing, and her icy evocations of dysfunction and distress are unforgettable." —Dinah Birch, TLS

"Riveting. . . Riley writes about ordinary life with a mordant clarity that recalls the writing of Alice Munro and Denis Johnson. The dialogue is superb, yet you are aware of the gap between what is being said and what’s really going on. . . Her characters are misfits, hard to place. Most of them are isolated, some are a bit mad. They often do things that make no sense. Yet these struggling individuals feel so agonisingly real you can’t look away." —Johanna Thomas-Corr, The Sunday Times

"I read My Phantoms with great pleasure. It’s a wonderful combination of achingly sad and subversively funny, simultaneously sharp and tender, and always finely observed. The dialogue is pitch perfect. The relationships are agonising. It’s a subtle book, with big themes lightly drawn and precisely rendered, about how to live and how to love." —Monica Ali

"My Phantoms . . . might be [Riley’s] best yet. But what does that even mean against a body of work as diamond bright as this? . . . Riley’s sentences are turned round and round until they shine. . . One of the most exciting novels I’ve read in years. . . Riley is as good at turning over our expectations as she is at turning sentences around. . . The final stretch of the book is so good it’s almost showing off, with comedy and tragedy side-by-side." —John Self, The Critic

"With a pitch perfect ear for dialogue, and utterly believable characters . . . My Phantoms is a funny, poignant and toxic look at the mother/daughter bond." —Sarra Manning, Red

"This is a brilliant portrait of a mother-daughter relationship in which every encounter is a battle because both sides want something more, or different, than the other will give. . . Deliciously uncomfortable. . . As the book goes on, in all its horrible, funny, uncomfortable truthfulness, it feels increasingly like a complicated act of love." —Justine Jordan, The Guardian

"Riley’s novels get under your skin. My Phantoms is unsettling for many reasons — the way it picks at the scab of unconditional love, the way it interrogates questions of inheritance and influence. More than anything, though, it’s the fact that it chips away at the compact between reader and narrator. . . Devastating, bleak, unforgettable." —Alex Preston, The Observer

"Riley has attracted something of a cult literary following, and she is now revered for her caustic first person voice, and her unflinching depictions of troubled—and often traumatic—relationships. . . My Phantoms [is] funny and coolly devastating." —Baya Simons, Financial Times

"My Phantoms leaves us with a precise and bleak-humoured portrait of the phantoms that can haunt a family." —NJ Stallard, Literary Review