As They Are (Paperback) 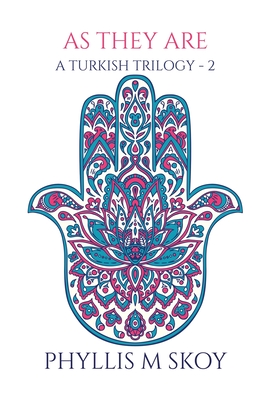 As They Are (Paperback)

Generous and ingenious, Fatma wants to give her descendants a chance at a better life, one that bears more risk than she may take for herself. Fatma is born a child of rape, deep in the fairy cave dwellings of Cappadochia in the central Anatolia regions of Turkey. At the moment of her birth, Mustafa Kemal (Ataturk, future founder of the Republic of Turkey), is driving Allied forces from the Gallipoli peninsula.

Set against the backdrop of Ataturk's sweeping changes, As They Are follows the story of a village girl struggling to become a woman as the decimated Ottoman Empire struggles to become a republic. Fatma aspires to become a journalist when her life is upended by the threat of blindness.

She grapples with life-paralyzing depression that threatens her sanity after the birth of her first child.

She must face the secrets that have undermined the truth about her life.

As an elder, wise woman, Fatma is the nearly blind widow of a potter, running a small empire with her sons, leading a simple life in not-so-simple times. Yet one questions remains: What would you sacrifice so that your descendants could live a better life?