Rose of the Flats (Paperback) 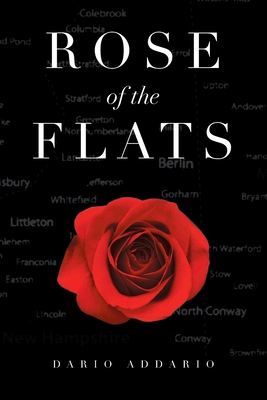 Rose of the Flats (Paperback)

I am Tony Valentino, the prime narrator of Rose of the Flats, a novel about prejudice in the White Mountains of New Hampshire. I had thought I was writing about the experiences of my younger brother Dante, a Korean War combat veteran who was successfully becoming an English teacher at our local high school after the war. Unlike me, he could easily "pass" for white. But he had been arrogant enough to marry Rose, our sweetheart since childhood, who could not pass. Although I narrated the story in 1957, it is just as relevant now as it was then.

Our father was an immigrant Jew from Italy, married to our immigrant French Canadian mother, who was Catholic and was partially black.

When the novel opens, I am living with Rose, taking care of Dante. Two years ago, someone in a passing car had taken a shot at him one night. His car swerved and crashed into a tree, leaving him severely brain damaged.

Our isolated little community is really part of Berlin, the only city in the northern part of our state, which, back then, was like Quebec. Most of the people in Berlin could not understand English. Cascade Flats is technically within the town line of Gorham, a tourist town five miles down the road. It is proudly American. Our state motto is "Live free, or die." In my senior year in high school, I fell madly in love with my attractive young English teacher, the epitome of American womanhood, the woman I had planned to marry, to live free or die with. I wasn't going to be stuck with a woman of the flats, not I.

But having been thrust into such close proximity with Rose, I became aware of our deep feelings for each other, especially of our strong sexual attraction, which I had refused to fully acknowledge when she had given me the opportunities. The Joy of my life, I had thought, had been white. In trying to tell Dante's story, I was really telling my own story, forced by Rose to face my own demons, my deepest anxieties and feelings of guilt for having coveted the devoted, passionate wife of my own brother. To finally survive our situation, I was compelled to overcome my own prejudices.