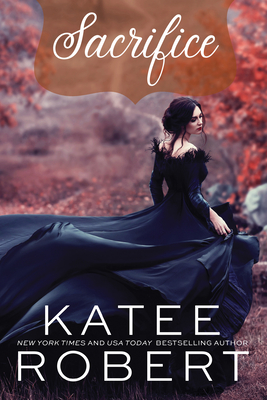 All my life, I've wanted nothing more than to escape my father's compound. Half human, half vampire, I have none of the perks and all of the weaknesses. Well, my father's finally found a use for me. He's sent me to Malachi Zion, the last vampire in his family. My role is to play resident blood bank and, should Malachi knock me up, my father gets access to a whole new bloodline to control.

No one asks me what I want. But the longer I spend with Malachi, the more I realize that he's not the monster I first thought, which makes it harder to resist the heat that flares between us. And then his two friends show up and complicate things exponentially. As long as we're stuck in this house together, I'm a trap just waiting to be sprung.

But if we break free, there's nothing holding these vampires to me… In gaining the one thing I want more than anything—my freedom—I might just lose everything.

Katee Robert is a New York Times and USA Today bestselling author of contemporary romance and romantic suspense. Entertainment Weekly calls her writing “unspeakably hot.” Her books have sold over a million copies. She lives in the Pacific Northwest with her husband, children, a cat who thinks he’s a dog, and two Great Danes who think they’re lap dogs.