After Dark: Birth of the Disco Dance Party (Hardcover) 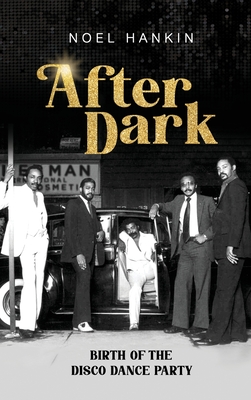 After Dark: Birth of the Disco Dance Party (Hardcover)

Mid-town Buppies, big-time mobsters, fabulous dancing queens, and unscrupulous promoters all come together in After Dark, a first-hand account of the birth and growth of the disco movement in the 1970s. Disco music has earned an unflattering reputation for being garish and flashy; however, it was the voice of a generation that spoke using the power of dance to unite people. Now, for the first time you can hear the compelling, never-been-told story of the rise of the New York disco scene.

In the late 1960s, a group of college students formed a social club called "The Best of Friends" (TBOF) and learned to monetize their love of dancing and music by building a multi-million-dollar network of discotheques. Their innovative DJing techniques transported dancers into a carefree state of euphoria that paved the way for "Saturday Night Fever," Studio 54, and the nationwide explosion of disco in the late '70s.

TBOF discotheques attracted everyone from CEOs to mailroom clerks, from Rick James to Elizabeth Taylor, and from big-time mobsters to FBI agents. This unprecedented collection of humanity made it impossible to know what excitement would unfold each night. What the partners in TBOF did know is that After Dark, they had to be on their toes.