Edible and Medicinal Plants of the Rockies (Paperback) 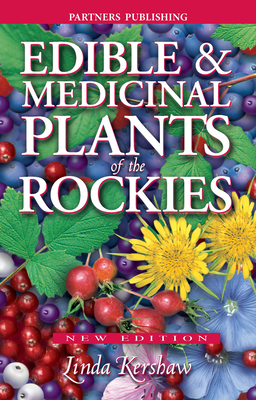 Edible and Medicinal Plants of the Rockies (Paperback)


Usually Ships in 1-5 Days
Throughout human history, plants have provided us with food, clothing, medicine and shelter. The Rocky Mountains are home to a diversity of plant species that have helped native peoples and settlers survive through the centuries. EDIBLE AND MEDICINAL PLANTS OF THE ROCKIES describes 333 common trees, shrubs, flowers, ferns, mosses and lichens that have been used by people from ancient times to the present. This comprehensive guide contains: * More than 700 color photographs and illustrations * An introduction explaining the use of wild plants, including gathering, preparing and cooking * Food, medicinal and other uses for each species * Clear descriptions of the plants and where to find them * Warnings about plant allergies, poisons and digestive upsets * A special section at the end detailing 46 of the more common poisonous plants in the Rockies region.
A passionate natural scientist with two science degrees under his belt, Ian Sheldon became distracted by the fine arts. He is now an established artist, and his shows in San Francisco, New York, across Canada and in England have firmly established his presence in the art world. Ian Sheldon has been listed in the Canadian Who's Who since 2004, and further recognition has come from his other alma mater, the University of Alberta. Combining his talents as an artist with his academic knowledge of wildlife, Ian has published dozens of nature guides that grace bookshelves across North America. Hundreds of the original entomological illustrations are now a permanent part of the university's highly reputed Bruce Peel Special Collections Library, serving as a testament to the artist's skill in yet another creative arena.